This performance was part of ‘Call & Response’: A benefit concert for the Drepung Gomang Monastery in South India. Curated and produced by Julie Adler at REDCAT, Los Angeles, Feb. 2004

With Tibetan Monks from Drepung Gomang Monastery in South India and members of Cal Arts School of Music faculty and alumni: David Rosenboom, Jacqui Bobak, Mark Bobak, Michael Jon Fink, Vicki Ray and Julie Adler. New works composed by Rosenboom, Bobak, Fink and Adler were world premieres created specifically for and inspired by this event. These composers responded in their own ways to ancient chants of the Tibetan Buddhist tradition as offered and performed by the monks of Drepung Gomang.

Call & Response was an experiment, a way to make a unique presentation that brings together Tibetan monks, their chanting and the contemporary response to what they are singing about. I challenged contemporary composers, including myself, to come up with offerings that investigate the Buddhist philosophy; these composers are either Buddhist themselves or very keen on the subject matter. How does one make a work for the benefit of others, actually? Where is one’s motivation? Is the composer just drawn to the soundscape or to something more? 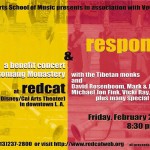 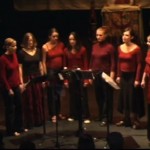 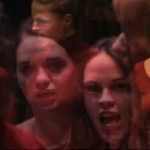 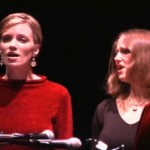 and here’s another short clip/collage showing the Drepung Monks in performance: