Based on the Greek myth of Philomela as recounted in Ovid’s Metamorphoses and more currently eschewed by the poet Ted Hughes, this piece begins with a modern ‘Greek chorus’ of 4 talking heads that recites the basic tale: a young woman, Philomela, is raped and her tongue is cut out by her brother-in-law, Tereus, a king who then confines her to a lodge in the woods. Philomela reveals the crime to her sister by working the details in embroidery. Her sister, seeking revenge, serves up her son Itys for Tereus’ supper.

This piece deals with trauma and transformation and its is Philomela’s inner struggle to find another means of expression, another voice. It is a struggle to find her own language, to inhabit and claim the transformation that has been forced upon her, to make a kind of sense of her experience. It is also a struggle of the survivor and the artist and of the imperative of bearing witness. All action takes place in the ‘lodge’ and Philomela’s habitat is a pile of used dirty mattresses with a manhole gutted in the middle and a long plexiglass tube extending from the side of it which is in the unique Modular Theatre of Cal Arts. In fact, this work was primarily conceived from a visual/design perspective, and incorporated much more of a sound ‘scape’ rather than a traditionally scripted narrative. 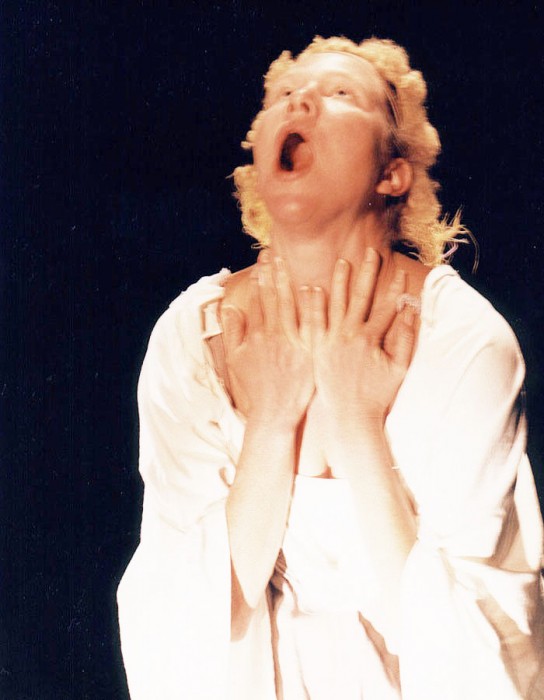 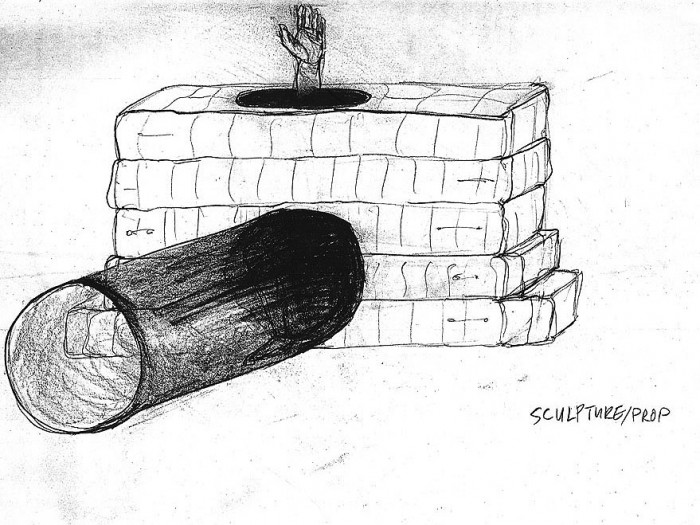 Here are two audio pieces from the production:
Philomela